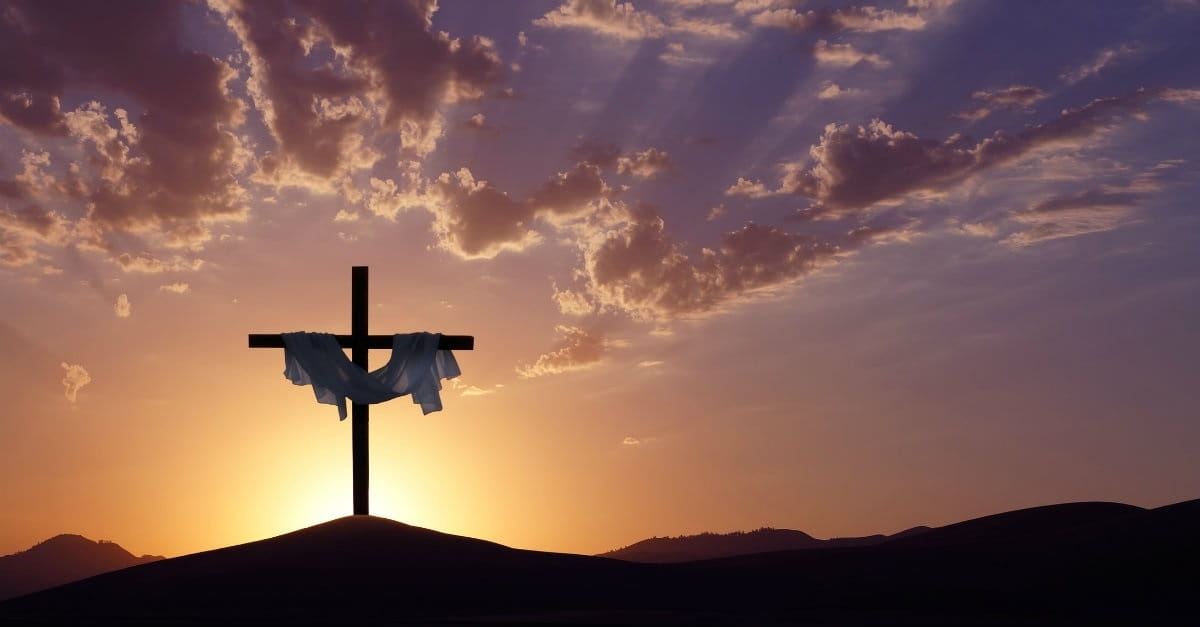 As we near the end of Holy Week culminating in Easter Vigil and then awakening to Resurrection Sunday, I thought it might be helpful to think about why the Church calls this week Holy. What about a day or week makes it holy instead of just a regular day? Christians might assume that such declarations are just contrived by the Church and not really worth spending too much mental energy on; after all, we are busy people with more important things to do, right?

Our culture’s default assumption that there is a division between the sacred and secular often seeps into the mindset of the Church to the point that we begin to hold the same default assumption. In Christian thought, there is no day or time that is not under the authority and power of God. In other words, there is no such thing as the “secular world.”

The Bible and the Church do, however, speak about making people, places, or things, sacred or profane. In Acts 19:11-12, it was reported that God worked through St. Paul, even through hankerchiefs he blessed: “God did extraordinary miracles through Paul, so that when the handkerchiefs or aprons that had touched his skin were brought to the sick, their diseases left them, and the evil spirits came out of them” (NRSV). This is why priests today bless items, such as rosaries, and they make “holy water” through blessing. Only the power of God can make something or someone holy.

The Greek word for holy is άγιος (haggios), and refers to being “sacred” or a “saint.” In the Scriptures, only Mary the mother of Jesus is called holy, which would make logical sense if she was the Theotokos or God bearer. Holiness is a different state of being that is defined by the mighty working power of God.

In the ancient Greek and Roman liturgical books, Holy Week was called the “Great Week” because great deeds were done by God during this week. We know that the name “Holy Week” was used in the 4th century by St. Athanasius, bishop of Alexandria, and St. Epiphanius of Constantia. Originally, only Good Friday and Holy Saturday were observed as holy days, as well as the requirement of absolute fasting.

So, Holy Week is holy because of the mighty work God accomplished through Jesus Christ, the reconciliation of the world to Himself. By consecrating special days during the liturgical calendar as holy, the Church is inviting all of us to participate in the life-giving power of God’s grace, not just as spectators but as adopted daughters and sons of God. I would like to leave you with one question to ponder as we observe Good Friday, if the Holy Spirit can so empower a hankerchief to share in the miraculous power of God, how much more are we empowered and healed by observing Holy Week?

2 Replies to “What is so Holy About Holy Week?”

We are a Christian community seeking to live out a new monastic way of life in the 21st century, meaning we seek to be disciples of Jesus while living in the world. Our charism and motto is discipuli facientes discipuli, or “disciples making disciples.” Members are single or married, ordained or lay, living in community or with their families. The desire of our community is to see members in every local church promoting and living out Christian discipleship and experiencing the joy, love, and peace that comes from following Jesus.

For the latest news, reflections, & updates from the Companions of The Way subscribe to the Companions weekly newsletter. If you would like daily encouragement through prayer, then also sign up for the Daily Prayer email service. We will see you in your inbox soon!